Half Broke And Fully In: Chapter I 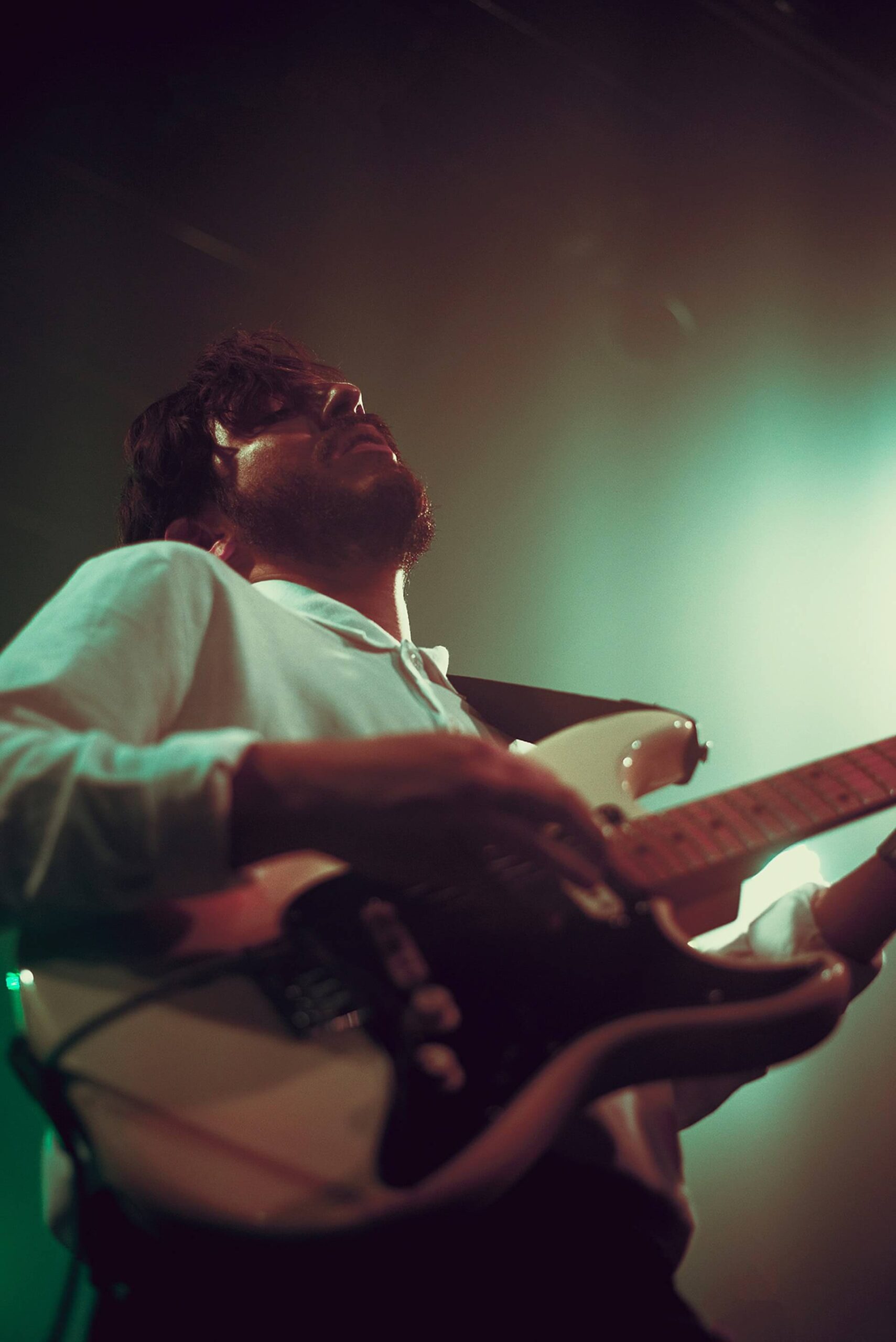 I t didn’t take long before I regretted everything. By then it was too late. I cast a look back at the events that had landed me here in this moment and saw nothing but weeds. Overgrown brush and dry mud cracking under the low winter sun. A life left without watering.

I picked away at my six-string which was actually a five string after the largest one had inexplicably snapped in the middle of the night a few weeks back. It had woken me from a dead sleep, it’s carcass coiled and swaying in the midnight breeze through a crack in my bedroom window. An odd blessing, but a blessing nonetheless. My hands were too small to play all six strings at once and suddenly the instrument seemed well within my grasp. My only regret was not ripping off a string sooner. Well, that, and not simply buying a ukulele like the wrinkly old shop owner had recommended the first go around.

The alleyway below me gleamed with fresh rain puddles and the homeless man who lived ground floor in a cardboard refrigerator box provided backup vocals in the key of Meth major. Of course he was more than just a homeless man with a meth addiction. His name was Jerry. So Jerry’s on vocals, I’m on guitar, and the domestic dispute two floors up and across the yard is hitting the percussion pretty hard tonight. I’m not sure they’re aware of their part in this particular arrangement, but they’re making do with broken bottles and a 3/4 tempo shift of slamming doors.

They weren’t the most reliable band mates, but most nights I could wrangle at least one of them up on stage with me. Once in a while we’d have a walk-on. Some Jane Doe who came here to be famous, practicing her tra-la-la’s through an open window hoping big-wig Barry would walk past her street and sign her on the spot. Those features never lasted long but I’d be lying if I said they didn’t elevate the performance. Jerry was happy to relegate to background vocals on those nights. Some nights he didn’t join at all; wrapped up in newspaper and high on his own supply.

Now big-wig Barry. He’s the real deal. I know this because he tells everyone he is including the french fry guy down at the corner. What the french fry guy is too nice to say, but I’m not, is that he puts more food in girls’ mouths in a day than Barry has in his entire life. This is the part where Barry would make a joke about – well, you know, but Barry took workplace sensitivity training last year and ever since then he keeps his lips zipped tight and his pants even tighter. And before you ask. Yes. Barry wears a big blonde wig. He is, in fact, a nobody. After a few drinks, the nicest thing you’d probably say about him is that from a distance and on an unusually hazy day he might pass for Gary Busey.

I digress though. Back to the show.

On this particular evening, Jane Doe was fa-la-la-la-la’ing an old holiday tune in a plush santa’s little elf costume which prompted my brain with a sudden and sad realization: tomorrow was Christmas. Which meant it had been one year less a day since my biggest regret of them all. Jane leaned out her window and peered down at me, her red hair bouncing on her shoulders and the smell of fresh bread wafted from her window to mine. My guitar stopped. Or rather, I stopped playing it but the effect is all the same for those listening in.

“Do you know that one?” she asked with a grin, before sheepishly spouting out a few more notes. I smiled up at her through closed lips. She blushed a bit. Humility was rare around these parts. It’d fetch you a pretty penny at the local auction the world had seen so little of it lately. Suddenly room 4B had it in spades. My manners forgotten, I didn’t respond with words, but my fingers picked up the slack and started picking away at that old familiar tune.
She sang along without missing a beat. We were like gold olympians in a three legged race running stride for stride with one another; our souls attached at the hip and building in tandem to a great holy crescendo of harmony and–

Our first heckler of the evening. Impossible to see where the voice came from aside from vaguely up where apparently the Christmas spirit hadn’t quite worked its way to yet. I grimaced around briefly until a powdered pillow smacked me in the cheek. I watched in shock as a fresh hot bun tumbled against the side of the building and bounced onto the pavement below, narrowly avoiding a puddle.
Jane giggled and gave me a sly smile when I clocked her leaning through her window with another fresh bun in hand.

“Shame to waste another,” I said.

“Better come over here and take it from me then.”

Her eyes had me damn near on life support.

“If you don’t take her up on that I will!” Jerry exclaimed from the street below. He’d crawled out from his hovel and was munching on the lightly soiled but otherwise dry bun. When he smiled you could see the food between the gaps of his missing teeth and flour powdered his lips.

I looked back at Jane.

Something about the twinkle in her eye and the break in her smile. There would be no regrets tonight.

If you enjoyed this story, please consider subscribing below or following me on instagram for updates on this and other stories.